WELCOME TO SRI ADICHUNCHANAGIRI COLLEGE OF ARTS AND COMMERCE, NAGAMANGALA

||Jai Sri Gurudev||
Sri Adichunchanagiri College Of Arts, Commerce and Science Nagamangala
REPORT ON 90th ANNUAL UNIVERSITY INTER-COLLEGIATE ATHLETIC MEET 2018-19
Sports and athletics have been an integral part of 90th Annual University Inter-Collegiate Athletic meet 2018-19.
Keeping up the tradition of organizing the Annual University Inter Collegiate Athletic meet was handed over to Sri Adhichunchanagiri College of Arts, Commerce and Science Nagamangala with the same flamboyant spirit on the 18th of September 2018 saw 1200, along with 61 colleges belonging to various colleges from Mysore University, at BGS Stadium, Sri Adichunchanagiri Kshetra Nagamnagala Taluk,  Mandya District.
The event started with various students of the SAC Mutt welcomed the Chief-Guest along with the Swamiji and various other Dignitaries to the dais.
The Programme started with the invocation by Sanskrit students of the SAC Mutt. The Chief Guest, along with the other dignitaries, received the Flag of honor by the students. The Annual Sports event was inaugurated by releasing balloons. The Placard bearing the Colleges names were displayed. The Guest was introduced to the team members, by the captains of the team along with their managers.
Dr.B.K.lokesh the Principal of SAC College, welcomed the gathering, and the Chief Guest along with the Swamiji and other dignitaries on the dais.
The Chief Guest G.T.Devegowda Higher Education Minister, Government of Karnataka, remembered the contribution of the late swamiji for the upliftment of the Mutt in the field of: Education, Arts, Folklore, Medicine, and various other philanthropic activities conducted under the aegis of the senior pontiff. This is a religious place with spreading education to the rural students. He also stressed upon having co-curricular and extracurricular activities along with the curricular activities .He advised the students to make the best use of the facilities provided by the Government.

Dr.C.Krishnaiah ,Director ,Dept. of Physical Education University of Mysore, stressed on the importance of sports and the efforts taken by the Principal Of SAC College along with the divine blessing of the Swamiji for conducting this event. Dr.C.Krishna Ret. Director, Dept. of Physical Education University of Mysore became nostalgic of the time, he spent when he visited the Mutt and he also remembered the contribution of the late Swamiji and the present pontiff of the mutt for the upliftment of rural students in various other fields along with education. He said that Swamiji has brought “Delhi to village, village to Delhi “by constructing such a type of stadium in a rural set up is an achievement indeed.
The sports torch was led by renowned State Level athlete Uday .The sports events was formally inaugurated by G.K. Vijayakumari International Level Athlete.
The divine blessing of Swamiji was given to students .Swamiji talked about yoga .Yoga is rich, encompassing philosophy about all aspects of how we live life and its importance for the overall development of the students.He also  stressed   the importance of sports for maintaining a sound body and mind. Students should maintain a good balance both in sports and academics, and we can see an overall development of the students. Participation in an event is more essential, which will provide a good exposure to the participants. He also talked about the myth that which we have about participating in sports, which will hamper the studies of the students, which is a wrong notion among the students, which must be removed immediately. Having a sound body is very essential in the present Scenario. Man is wealthy if has a healthy body, rather than accumulating wealth one should acquire health. The Athletes were feeling blessed with the divine presences of Swamiji.   Dr.N.S. Ramegowda Former Vice-Chancellor (KSOU), CEO of SAC Mutt was present in the function. Anchoring of the event was done by Thriveni Asst. Prof. of Commerce SAC College Nagamangala. The vote of thanks was delivered by Prof.Byregowda Dept. Of History SAC College Nagamangala. 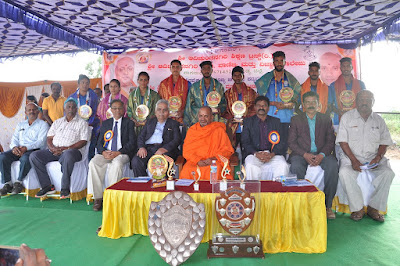 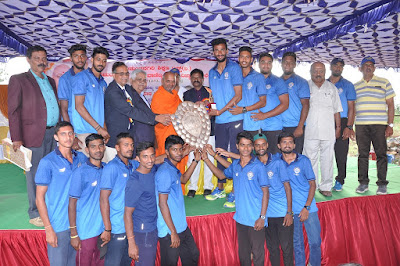 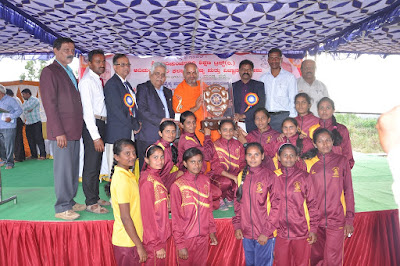 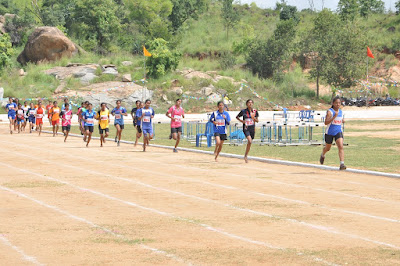 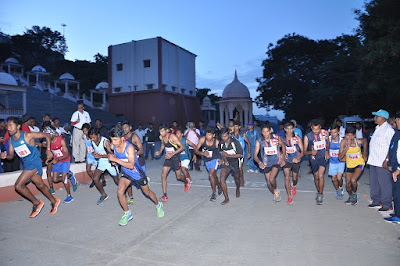 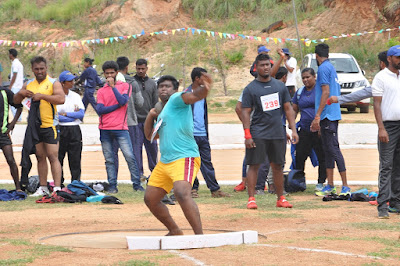 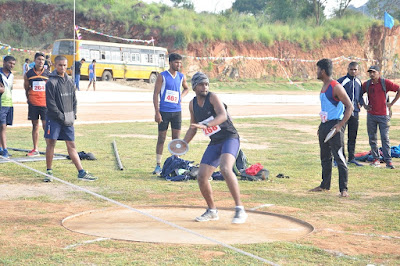 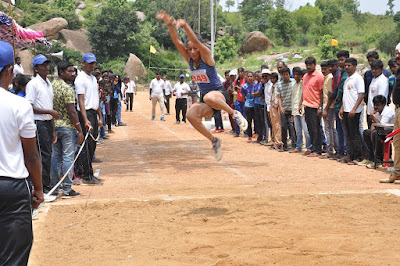 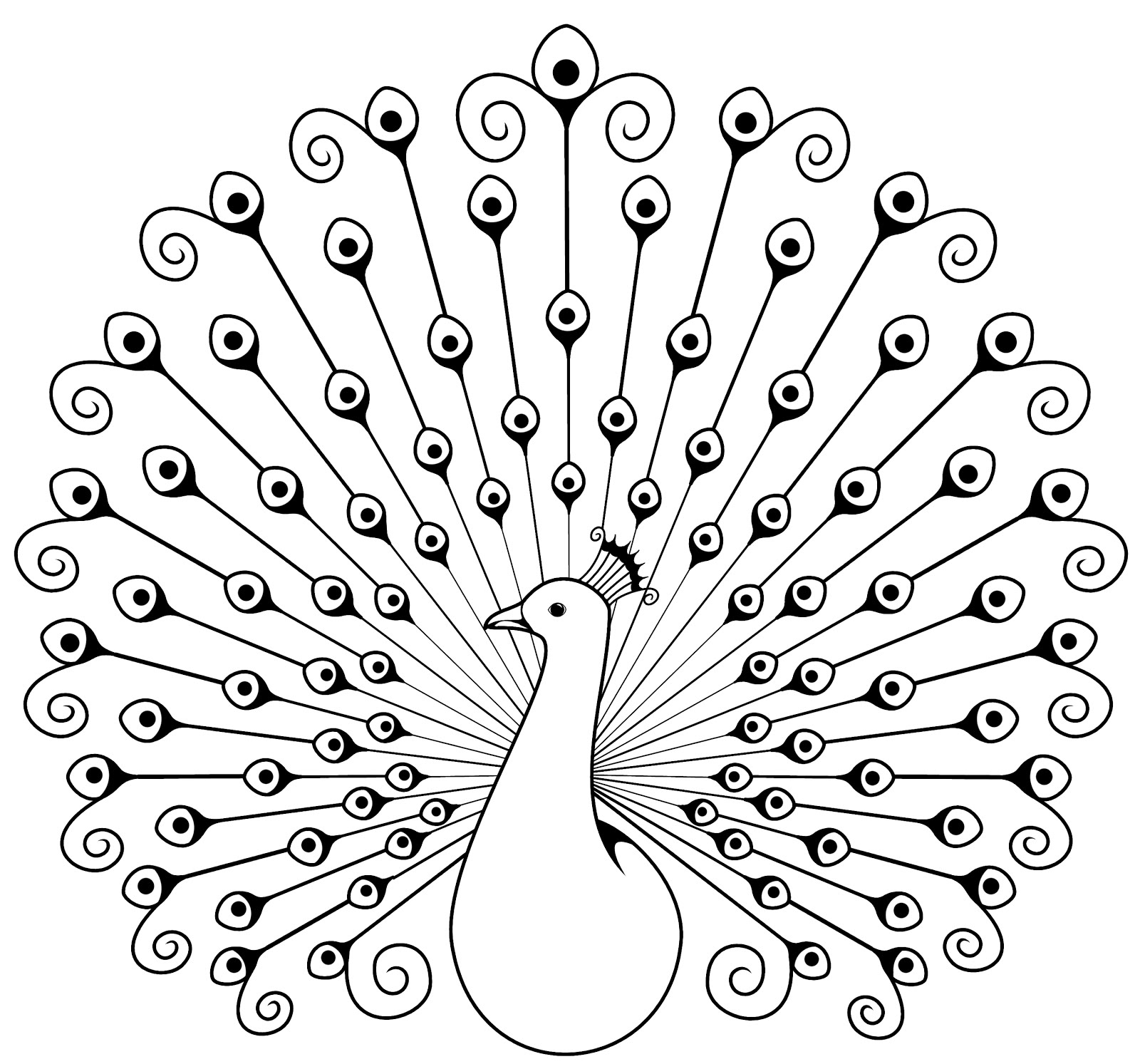 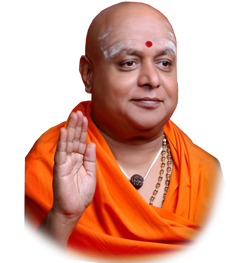 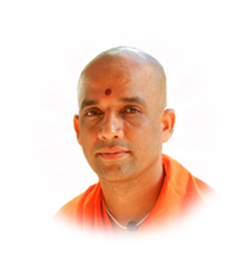